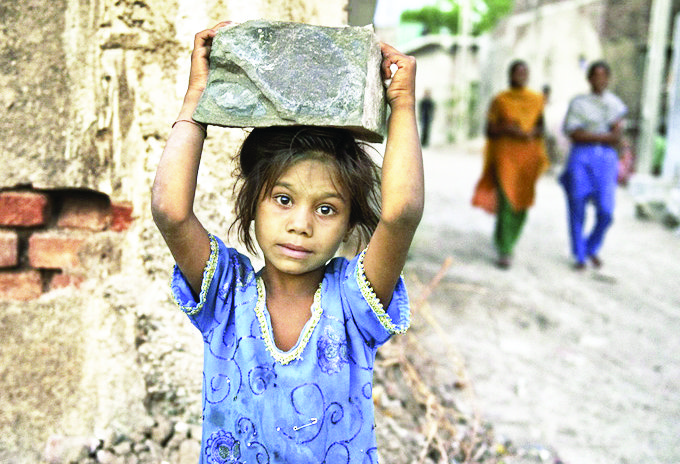 The Right Against Exploitation in India

India is home to more slaves than any other in the world. There are millions of cases reported every second of the day of human abduction and trafficking, mostly of young children and women. It can occur not only within a country but also trans-nationally. It is a crime that involves a violation of human rights using exploitation and coercion. Exploitation means the misuse of services rendered by others with the help of force. Various types of enslavement and injustice are covered by the Right against Exploitation. Right against exploitation is one of the six fundamental rights which is enshrined in part III of the Indian constitution. According to the estimates, approximately 20-65 million people in India are lured or forced into trafficking within the country for commercial sexual exploitation, forced labor, slavery, and removal of organs or tissues, such heinous crimes happen in those vulnerable areas where the people have less power and money as compared to the privileged. Exploitation goes against the Indian Constitution's basic premise, the Preamble, and the Directive Principle of State Policy enshrined in Article 39 of the Indian Constitution, which promotes economic equality among individuals. It took many years for India to be free of slavery, but slavery was eventually abolished in 1860 with the passage of the Indian Penal Code. Such activities were outlawed by the Indian Constitution's framers in Articles 23 and 24.

The Indian Constitution guarantees every human liberty and dignity, removing any possibility of coercion, slavery, or ill-treatment. The right against exploitation is a compliment to the charter of Freedom as enshrined in Article 19 of the Constitution. Moreover, the Preamble to the Constitution has pledged to maintain ‘liberty, equality, and justice for all". As a stark reality, since time immemorial people such as the ‘untouchables’ were victims of exploitation in several ways. Furthermore, in many parts of the world, a vicious practice existed whereby laborers who worked for one person could not leave him to work for anyone else. As a result, they were effectively the masters' slaves. Above all, they were underpaid and undernourished, while the wealthy employers subsisted on the labor of these unfortunate workers. Slavery was thus continuing to occur in other heinous ways.

DD Basu has correctly stated that, rather than using the words "slavery," our Constitution has wisely forbidden "human trafficking," "forced labor," and "begging." There are undoubtedly more inclusive expressions that encompass all forms of abuse of society's poorer members. In the draft prepared by B. R. Ambedkar, K. M. Munshi, and K. T. Shah, the right against exploitation was stated. While Ambedkar's draft clearly stated that subjecting an individual to forced labor or involuntary servitude was illegal. K.M Munshi’s draft was more detailed, including provisions for the abolition of all forms of slavery, human trafficking, and forced labor. K. T. Shah specifically prohibited all forms of slavery, but he also acknowledged the government's right to conscript the country's manpower for national security, social welfare, or responding to a sudden emergency.

The framers of the Constitution were well aware that children needed special care due to their physical and mental immaturity. This is expressed in the Constitution's various articles.

These rights are not only "fundamental," but also "enforceable," because any aggrieved individual can move the Supreme or a High Court for their restoration under Article 32 and Article 226, respectively.

Poverty, social norms that condone child labour, a lack of decent job opportunities for adults and youth, migration, and emergencies are all factors that contribute to child labour and abuse. These causes are both the cause and the result of socioeconomic inequities exacerbated by discrimination. There are a lot of reasons that stem human trafficking including political dissension, war, globalization, natural disaster, and the search for a better life. About 59% of adolescents do not know how to protect themselves from trafficking, and 72% do not know about the services that are available to help them. An individual who has been trafficked is unable to offer genuine consent to be trafficked. When victims of human trafficking give their consent, they are often unaware of the real and full nature of what they are agreeing to. For example, a victim of human trafficking may have agreed to work abroad but once reaching the destination country, the person's records may be seized by smugglers, and they may be forced to perform agricultural labor and other forms of exploitation for little or no pay.

On a global level, the 1989 Convention on the Rights of the Child, to which India became a signatory in 1992, exhorts the State Parties to avoid various forms of child trafficking. Economic exploitation, trafficking in narcotic drugs and psychotropic substances, sexual abuse and exploitation, kidnapping, selling, or trafficking in children for any reason or in any way, and all other types of exploitation prejudicial to any part of the child's welfare are covered in Articles 32-35. According to the 2016 Global Slavery Index, 18.3 million people in India are enslaved, and according to the United Nations Children's Fund (UNICEF), nearly one in ten (about 152 million) children around the world are involved in child labor, with about half of them working in hazardous conditions. Additionally, 30 million children do not live in their country of birth, increasing their risk of being trafficked for sexual and labor exploitation. it is estimated that by 2025 approx of 121 million children will be doing child labor and 52 million will be in hazardous work. According to a 2016 UN Office on Drugs and Crime report, approximately 71% of women and girls are trafficking victims, while men and boys are also trafficked for sexual abuse (4%), forced labor (63%), and organ removal (82%).

According to Article 23 of the Indian Constitution,

ART 23(1): Human trafficking and forced labor are forbidden, and any violation of this rule is punishable by law.

The following activities are expressly prohibited by Article 23:

ART 23(2): As held in the case of Somawanti vs. the State of Punjab, this article is an exception to article 23. Nothing in this article prevents the State from enforcing compulsory service for public purposes, and the State must not discriminate based on religion, race, caste, class, or any combination of these factors, in imposing such service.

Some important judgments of Article 23 are:

The Indian Constitution forbids the work of children under the age of 14 in factories, mines, or any other dangerous occupation. This article is for the benefit of children and ensures that they live a secure and balanced life. Article 39 of the Indian Constitution requires the state to ensure that the health and strength of staff, men and women, and children are not neglected or compelled to participate in dangerous practices that are not appropriate for their age or strength due to economic necessity. Children are a country's future. Every nation has the responsibility to ensure that the future is bright by providing good food, education, and health to the country's children so that they can grow up to be strong enough to do something positive in their lives, which will eventually lead to the nation's growth and development. As a result, Article 24 is read in conjunction with Articles 39(e) and 39(f). This article, however, does not forbid the employment of children in jobs that are both innocent and harmless, such as working in agricultural fields or a grocery store.

In the case of M. C. Mehta vs. State of Tamil Nadu11, M. C. Mehta, a public advocate, filed a PIL under Article 32, in which he told the court about how children are employed in Sivakasi Cracker Factories. It was held by Hansaria J. that- “Children under the age of 14 cannot be engaged in hazardous activities, and the state must provide certain rules to protect the social, economic, and humanitarian rights of children who operate illegally in the public and private sectors. It also violates Article 24, since it is the state's responsibility to provide them with free and compulsory education. It was also ordered to set up a Child Labor Rehabilitation Welfare Fund and pay each child Rs. 20,000 in compensation.”

A variety of steps have been taken, various practices have been implemented, and numerous laws have been enacted to protect people from exploitation. Even though the state should work for their betterment, we are still seeing an increasing number of these heinous crimes. Men, women, and children are now abused in the same way they were before. The Right to be Free from Exploitation seems to be being exploited. As a result, authorities must make every effort to faithfully enforce these rules, stringent steps must be taken, and wrongdoers must not be allowed to go unpunished. For example, many Bangladeshi and Nepali migrants are forced to work in India's brick kilns, carpet weaving, embroidery, and other industries. This is, in reality, called recruitment by deception and debt bondage. Such coercion and recruitment must be eliminated.

There are a lot of loopholes in the Indian constitution. First, the terms like ‘begar’, and ‘exploitation’ etc have not been clearly defined. Secondly, trafficking has been prohibited but prostitution has not been outlawed. Thirdly, the children below the age of 14 are still employed in garages, hotels, restaurants, and other tedious jobs that have not been outlawed. Due to man-made poverty, a large number of children are deprived of their right to education and their basic fundamental rights. Fourthly, the laborers to escape starvation, tend to work with nominal remuneration.

The eminent political scientist Harold J. Laski once said, "A society divided between rich and poor is like a house divided against itself." With time, the chasm is widening in our land. Despite many Five-Year Plans, millions of people continue to live below the poverty line. Of course, there are certain constitutional protections, but still the poor are being exploited.

Exploitation is a very big problem around the world and especially in India. The stark reality is that people are being exploited in numerous ways and in a horrible manner. Even though there are so many provisions in the Constitution for safeguarding the rights of people and children against exploitation, laborers, women, and children are being exploited as before. As a result of the above, it can be concluded that the Right against Exploitation has so far struggled to achieve its goal and had little effect. The lack of an efficient implementation is the primary cause of this failure. Another factor contributing to this is the slow justice system. Cases in the subordinate courts take an average of six years to resolve. It is extremely difficult to seek justice in such a scheme, and as a result, criminals can get away with little difficulty. Despite numerous enactments and legislations for banning the employment of children in hazardous industries and workplaces, child labor is a dark truth.

Child labor is a national blight and one of the most heinous and inhuman practices that jeopardize the health and development of both children and the entire country. According to surveys, India still has nearly 30 million child laborers. These are truly frightening figures. It is past time for the government's three institutions to step up and actively participate in the abolition of child labor, as well as prosecute criminals.

Disclaimer: This article is an original submission of the Author. Niti Manthan does not hold any liability arising out of this article. Kindly refer to our terms of use or write to us in case of any concerns.