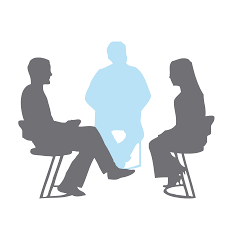 Can Mediation be Integrated into the Systems of Prosecution for Young Offenders?

AUTHOR'S PROFILE: The author, Bhakti Parekh is enthusiastic about spreading awareness through the written word. She has a love for learning different languages as language gives insight into different thought processes and cultures. She is an avid reader and one of her favorite genres is crime thrillers

THE CONCEPT OF RESTORATIVE JUSTICE

The concept of Restorative Justice is comparatively new. Restorative justice is a broad label that encompasses a plethora of different models, roughly bound together by the belief that the traditional criminal justice system ignores a key step in rebuilding a sense of justice because of its somewhat myopic focus on punishing offenders. It views crime as more than breaking the law. Restorative justice views crime as something that also causes harm to people and the community at large. Restorative justice is described in various ways and is also commonly known as ‘reparative justice’, ‘positive justice’, and ‘communitarian justice’.It is an approach to problem-solving that, in its various forms, involves the victim, the offender, their social networks, justice agencies, and the community. The programs of restorative justice are based on the fundamental principle as mentioned before, that, criminal behavior not only violates the law but also injures victims and the community. For the redressal of consequences of criminal behavior, the efforts should, where ever possible include and involve the injured parties, and the offender, and also provide support and help that is required by the victim or offender. For the restorative justice process to work, the parties involved must actively participate in the resolution of matters and this is generally done with the help of a facilitator. Restorative processes may include mediation, conciliation, conferencing, and sentencing circles. Even though punishment may be a part of restorative justice techniques, the main aim is to focus on the relationships between the affected parties and their healing through a deliberative process. Let’s look at the objectives of restorative justice:

THE CONCEPT OF MEDIATION

Mediation is a voluntary collaborative process where individuals who have a conflict with one another identify issues, develop options, consider alternatives, and develop a consensual agreement with the help of a neutral intermediary (also known as a mediator). Thus, it can be said that mediation is a means to resolve disputes without resorting to litigation or other adversarial modes of dealing with conflict. The key features or characteristics of mediation are:

THE CONCEPT OF JUVENILE JUSTICE

Juvenile Justice is the area of criminal law that applies to persons who are not old enough to be held responsible for criminal acts committed by them. While the system is similar to that of the adult criminal justice system, the juvenile justice system appreciates that youth are fundamentally different from adults both in terms of the level of responsibility and potential for rehabilitation. The primary goals of any juvenile justice system are skill development, habilitation, rehabilitation as well as successful reintegration of youth into the community. This can be aptly summed by citing Article 5 of the Beijing rules – “The juvenile justice system shall emphasize the well-being of the juvenile and shall ensure that any reaction to juvenile offenders shall always be in proportion to the circumstances of both the offenders and the offense.” Usually, people below the age of 18 years are considered to be juveniles. To some extent, the juvenile justice system operates on the principle of ‘parens patriae’ which means that the state could act as a parent of the nation or the state could act as a parent for certain classes of people in need of protection.

MEDIATION AND CRIMINAL JUSTICE: HOW AND WHY

As to why victim-offender mediation is said to be more effective, there are a few strong reasons. This alternate method which uses the principles of restorative justice is considered to be an effective alternative to incarceration or prison. Incarceration of juveniles has the effect of pushing them down the road of crime. Prisons have a high running cost too. Another reason is that the system of incarceration focuses on the offenders and not on the victims. Let’s now, have a look at the reasons why victim-offender mediation, a restorative justice technique works better or is a more effective alternative to the traditional form of retributive justice.

It should, however, be noted that victim-offender mediation has its shortcomings or weaknesses despite it being a highly effective alternative to the court processes.

Victim-Offender Mediation has been around for almost 5 decades now. The first Victim-Offender Reconciliation Project was initiated in Kitchener, Ontario, Canada in 1974. The first mediation involved two boys who had destroyed the property of victims during a drunken rampage. The boys did not have any prior offenses and keeping this in mind their probation officer recommended that instead of punishment, the juveniles face their victims. The judge agreed to this proposal. The boys went to the homes of their victims and further confessed to their criminal activity of destroying property. The boys then worked out restitution agreements with their victims and within a short span of three months paid back all the losses. The offenders, the boys, experienced meaningful accountability that would not have been possible if they were punished and incarcerated by the court. This episode then led to the creation and establishment of the first North American victim-offender mediation or reconciliation program. Vitim-offender mediation was then successfully replicated in the United States of America in 1978. It continued to grow and received recognition from the American Bar Association in 1994 when the Association endorsed the alternative practice of victim-offender mediation. In Sweden, the practise of victim-offender mediation grew spontaneously without intervention or interference from the State. The first mediation projects were initiated at the end of the 1980s and their focus was on children and young people aged between 8 to 18 years who had committed a crime. By the beginning of the 1990s, a handful of mediation projects had also begun in several local municipalities in Sweden. The Mediation Act came into force in 2002 and is the first regulation in the country of Sweden that deals with victim-offender mediation. Further, it should be noted that across the world there have been countries that had strived to develop victim-offender mediation programs. In New Zealand, for example, victim-offender mediation programs are available in all jurisdictions.

As can be seen from the table above, there are quite a few countries that have developed victim-offender mediation programs.

In India, the scenario is slightly different. India being an adversarial justice system, expressly discourages the practice of mediation for criminal offenses. The justification given for this is that crime is a wrong against society rather than an individual. The system does not thus, stress the concepts of forgiveness or reconciliation. Over the years, the law has tried and attempted to remedy the situation to some extent by providing for the compounding of offenses for certain non-serious crimes. This compounding of offenses refers to the forbearance from prosecution due to an amicable settlement that has been reached between the two parties where the victim condones the behavior of the offender who shows his repentance through certain actions. The Indian scenario and jurisprudence are however slowly changing. A victim-centric approach is being adopted by the court in matrimonial disputes where criminal elements are present. A case in point is that of B.S. Joshi v. the State of Haryana, where the court quashed the FIR because an amicable divorce settlement had been reached and opined that the mutual willingness of the parties to settle their differences amicably rendered the subsequent court proceeding contrary to the objective of section 489A of IPC. Another case is that of Ashok Sadarangani v. Union of India where the court opined that in the light of a compromise having been arrived at between the parties, the subsistence of criminal court proceedings is an exercise in futility.

Thus, it can be noticed that slowly and steadily India is also moving towards the acceptance of the concepts of restorative justice.

To conclude, It would be pertinent to state here the proverb, ‘Where there is a will, there is a way.’ It is possible to incorporate mediation in criminal cases, especially those which involve juveniles. This is because the juvenile justice systems across the world to a great extent do appreciate the differences between adults and juveniles. Further, as research has shown, it is easier to reform and restore juveniles when they are in their communities. As can be seen from the various countries that have already made successful efforts in implementing and developing victim-offender mediation programs, it is clear that it is possible to incorporate these alternative and restorative justice techniques into traditional criminal justice systems, especially in the cases of juvenile justice systems.

Disclaimer: This article is an original submission of the Author. Niti Manthan does not hold any liability arising out of this article. Kindly refer to our terms of use or write to us in case of any concerns.

[1]Article 5 of United Nations Standard Minimum Rules for the Administration of Juvenile Justice.